Call for Papers: The Corrosion of the Liberal Democratic Order? Transatlantic Perspectives in Perilous Times 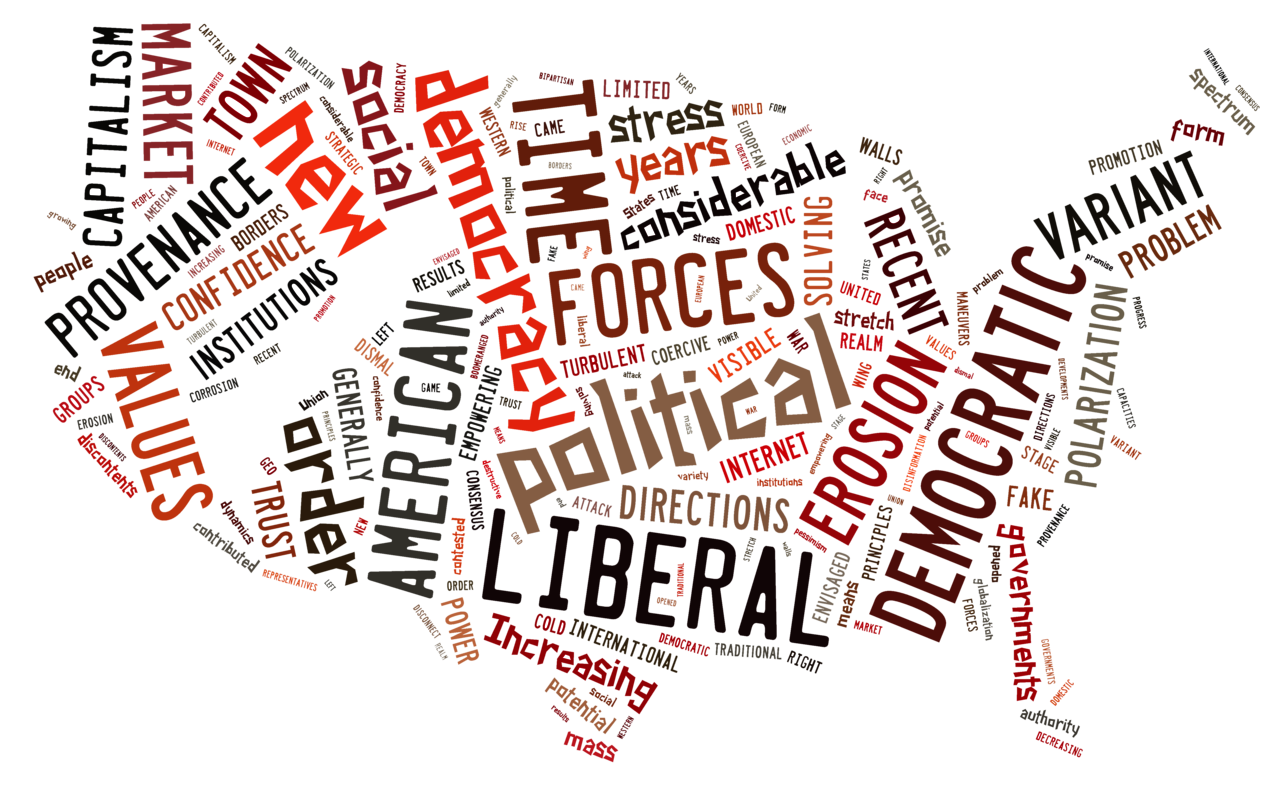 The Corrosion of the Liberal Democratic Order? Transatlantic Perspectives in Perilous Times

Call for Papers (in pdf)

For some time, it seemed as if democracy – especially in its market-liberal variant of US-American provenance – is the only game in town. In recent years, however, the marriage of liberal values, capitalism and democratic order has come under considerable stress from a variety of directions. Increasing polarization and decreasing trust in institutions goes hand in hand with an erosion of confidence in the problem-solving capacities of governments and a growing pessimism about economic well-being and social progress, more generally. The promise of the democratizing power of the internet boomeranged as a destructive force in form of fake news and mass disinformation.

At the same time, the disconnect between “the” people and its political representatives became more and more visible, giving rise to new political forces across the political spectrum with the potential of empowering new social groups. These turbulent times are not limited to domestic politics, but also stretch beyond envisaged walls and borders into the realm of international politics: Here, the discontents of globalization and the dismal results of democracy promotion with coercive means after the end of the Cold War contributed to the erosion of American and Western authority on the global stage. Liberal principles and values came under attack from left- and right-wing forces, which contested the traditional bipartisan liberal consensus in the United States but also within the European Union. These developments have opened up room for new geo-strategic maneuvers and dynamics in a multipolar world. All in all, it seems as if we face a corrosion of the democratic order!

The 2019 Annual Meeting of the Political Science Section of the German Association for American Studies (GAAS) aims to address these and other challenges to the democratic order with a focus on the USA or in a comparative perspective. We are particularly interested in analyses that examine the underlying causes of existing challenges as well as its effects in society, economy, and politics. Moreover, we encourage contributions that challenge the conference topic providing more optimistic analysis. We explicitly invite paper proposals from all sub-fields of political science making use of the richness of the disciplines’ analytic approaches, as well as contributions from cognate disciplines in the social sciences and humanities.

The organizers invite the submission of proposals for either individual papers or full panels (consisting of four to five papers) by July 1st, 2019. Proposals should be submitted as pdf-file to dgfa.politik(at)hca.uni-heidelberg.de

The conference will be held at the Heidelberg Center for American Studies and supported by the Atlantic Academy Rheinland- Pfalz. The organizers of the conference will invite keynote speakers from the United States to participate in the event. The conference offers the community of political scientist working on American politics an excellent opportunity to exchange and discuss their ideas and research.

UPDATE! The coronavirus and the work of the Atlantic Academy