Make America Feminist Again: The Arrival of a Fourth Wave of Feminism in the United States 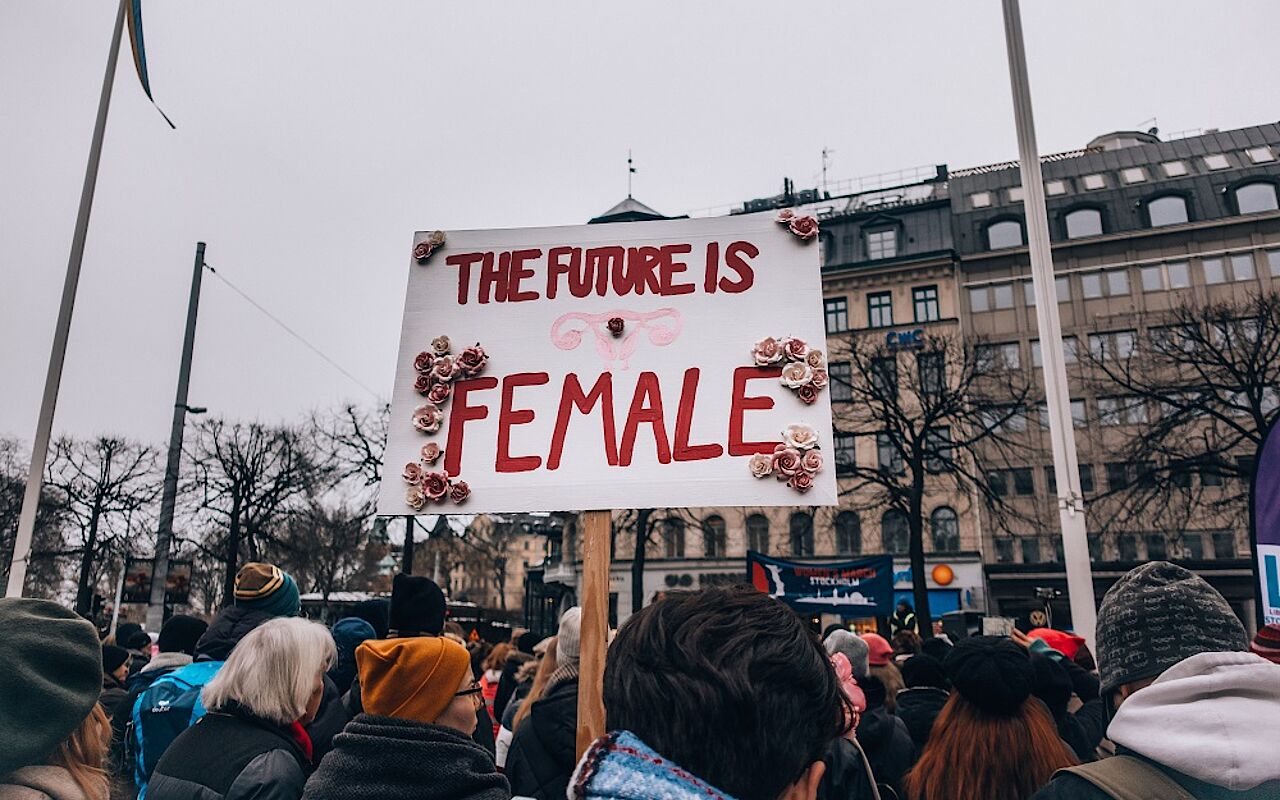 Photo by Lindsey LaMont on Unsplash

The 2010s were a decade shaped by two contrasting versions of backlash in the United States. Barack Obama’s eight-year-long presidency was superseded by a Republican successor and reactionary tendencies under Donald Trump were opposed by their liberal counter movements. Soon after President Barack Obama proudly proclaimed that he is a feminist in 2016, Donald Trump and his conservative administration took office and changed tack in U. S. politics. Part of Trump’s success among his voters during his presidential campaign can surely be ascribed to a global anti-feminist backlash that has been manifesting as a response to women’s progress and that signifies a longing for traditional values and gender roles in a globalized world.

Following Donald Trump’s inauguration on January 20th in 2017, countless protest movements have formed all over the world. The first year of the 45th presidency was when more Americans took to the streets in protest than during any other time in U.S. history, the global turnout reaching somewhere between 10 and 15 million protesters. It seems that the hope and encouragement among liberals and feminists that grew in the course of the presidency of the first black president of the United States of America was smashed by Trump’s success during the 2016 elections. The devastation that was consequently experienced by many was then channeled in a new era of protest and the mid to late 2010s were hit by a new wave of feminist activism that was triggered by a global lurch to the political right.

A Brief History of Feminism

Historically, feminism can be categorized in three waves. The first wave emerged in the 19th century and spawned the suffragette movement that fought for women’s right to vote. The second wave of feminism occurred in the 1960s and made the personal political by advocating for women’s sexual and reproductive freedom as well as seeking to enforce equality. The riot grrrls of the 1990s third-wave feminist movement did not only demonstratively readopt beauty standards that their predecessors fought to abandon, but transformed feminist activism and theory into an inclusive field that embraced the contributions and participation of all gender identities instead of considering feminism a topic mainly or exclusively concerned with the issues of ciswomen. Moreover, third wave feminists discovered the internet and its possibilities as a useful tool to connect, network, and spread their message.

In recent years, a change in feminism has been palpable and activism for gender equality has become a broad and popular trend especially among young adults. With a new wave of feminist activist movements flooding many parts of the world since the 2010s, journalists and scholars are trying to categorize current tendencies. Many celebrate (or lament) the arrival of a fourth wave of feminism that has not yet been clearly defined due to its newness.

New-Wave Feminism and the Arrival of the Fourth Wave

In the mid-2010s, a considerable number of feminist movements emerged in the United States and gained momentum in the course of a changing political landscape. As a response to President Trump’s inauguration, the Pussyhat Project was launched on November 23, 2016 in anticipation and commemoration of the Women’s March on Washington. Creating an iconography of pink headgear worn by an estimated hundred thousand Women’s March participants, the pussyhat project’s creators Krista Suh and Jayna Zweiman sought to provide the people of the Women’s March on Washington a means to make a unique collective visual statement. The project’s aim is to help women’s rights supporters connect globally while making a visible statement reinforcing the protest against the Republican administration and its policies.

In 2017, the #metoo hashtag movement went viral after the New York Times published a report on the sexual harassment allegations against Hollywood film producer Harvey Weinstein who is being accused of having sexually abused over 80 women in the course of the past three decades. The movement that took the internet by storm was initiated as early as 2006 by activist Tarana Burke, a black women who was already supporting young women in speaking out about their own experience with sexual assault ten years before the allegations against Weinstein became public knowledge.

In 2019, Alabama voted to ban virtually all abortions, and to establish criminal penalties of up to ninety-nine years in prison for doctors who perform them. While feminists and their allies took to the streets in protest and flooded the internet with memes and hashtag movements immediately, it is financially disadvantaged women of color who will suffer most from the tightening of abortion laws and the rigorous restriction of their access to safe, and legal pregnancy terminations, as well as affordable healthcare. One of the most recent viral online movements protesting the threats to women’s reproductive rights and bodily autonomy is the Twitter hashtag #YouKnowMe that has been used by many women since its creation in May 2019. The #YouKnowMe campaign was started by the actor and talkshow host Busy Philipps, with the intent of getting rid of the shame that still surrounds abortion.

Philipps’s hashtag is not the first one of its kind: back in 2015, #ShoutYourAbortion went viral and encouraged women to talk openly about their experiences of having had pregnancy terminations to help eliminate the taboo character of the subject and assert the demand for reproductive freedom. Shout Your Abortion is a decentralized network of individuals talking about abortion on their own terms and encouraging others to do the same. The movement emerged in the wake of the U.S. Congress’s attempts to defund Planned Parenthood in 2015 under former president Barack Obama.

It seems that current feminist movements are returning to second-wave strategies of physical and radical activism. Generally, second-wave feminism is defined by an active political fight that requires the disruption of power structures through participation in public demonstrations against patriarchal suppression. Third-wave feminism, however seeks to rethink and transform power structures, basing its political agenda on self-determination that is notably inclusive and has the power to even render traditional gender roles feminist – as long as they’re taken on by choice. While second-wavers condemn third-wave feminists for readopting feminine stereotypes that they have fought to abolish, third wavers don’t seem to appreciate the achievements of the second wave that are overshadowed by the exaggerated cliché of the militant bra-burning feminist. The criticism that is voiced by second-wavers is concerned with the daughter generations’ purportedly apolitical approach. Generally, second-wave writers point out that the third wave claims a political agenda but resists further stamping the path that their predecessors have started paving.

What second-wavers hold against third-wavers are not their intentions, but rather their lack of political impact. And new feminist manifestos, like Jessa Crispin’s 2017 book Why I Am Not a Feminist, tend to agree with the mother generation. Crispin argues that feminism has been rebranded into banality and points out that that’s the fault of the third wave’s image of a self-improvement course with empowerment as a personal goal. Now, with the last decade’s new activist movements, feminism seems to be showing its fangs once again and taking the focus off the individual and back on the collective. The protest is back on the streets but not without taking advantage of the growth of online activism and the use of new technology as well as the progressing awareness of intersectional theory.

A repoliticization seems to be happening and bringing forth the emergence of a new and improved feminism that remembers the first and second wave’s fights. And while the increasing use of advanced technology and the focus on intersectional theory are defining parts of the movement, the rise of a thriving digital and analogous, physical activism seeking to actively fight patriarchal and capitalist structures is what demarcates the new campaign from feminism in the 1990s and 2000s. The fourth wave of feminism has begun.