Today, with almost 50,000 Americans living in Rhineland-Palatinate, the state is considered to have the strongest transatlantic ties in Germany. The region is home to several American installations of great importance for U.S. foreign and security policy, including Ramstein Air Base near Kaiserslautern. Consequently, thousands of Americans have spent a part of their lives and many a segment of their military careers in the state and have become standard-bearers of the German-American friendship.

Call for Applications: You can find the current CfA here, deadline for applications is January 27, 2023.

is the program officer of the International Visitor Leadership Program, a program conducted by Cultural Vistas and funded by the U.S. Department of State to build mutual understanding through carefully designed short-term visits to the United States for current and emerging foreign leaders.

Margaret has a MS in Foreign Service from Georgetown University and a BA in International Studies from Boston College. During her master’s, she served as a Transatlantic Ambassador Intern in Mainz and Kaiserslautern, Germany, where she worked on German-American relations at the Atlantic Academy, the State Chancellery, and the U.S. Forces Liaison Office Rheinland-Pfalz. After her undergraduate studies, she received a Fulbright U.S. Student Award to teach English at a high school in Hameln, Germany. She also has experience studying abroad in France and living in Switzerland. Margaret is proficient in German and has studied French.

is pursuing an MA in German and European Studies at Georgetown University’s School of Foreign Service. His research interests are in European security, transatlantic policy, humanitarian mediation, migration, and German culture.

Mason is a CBYX Scholar and a graduate of Kennesaw State University with a double degree in International Affairs and German Studies. During his undergraduate studies, Mason also studied language and culture at Universität Paderborn. 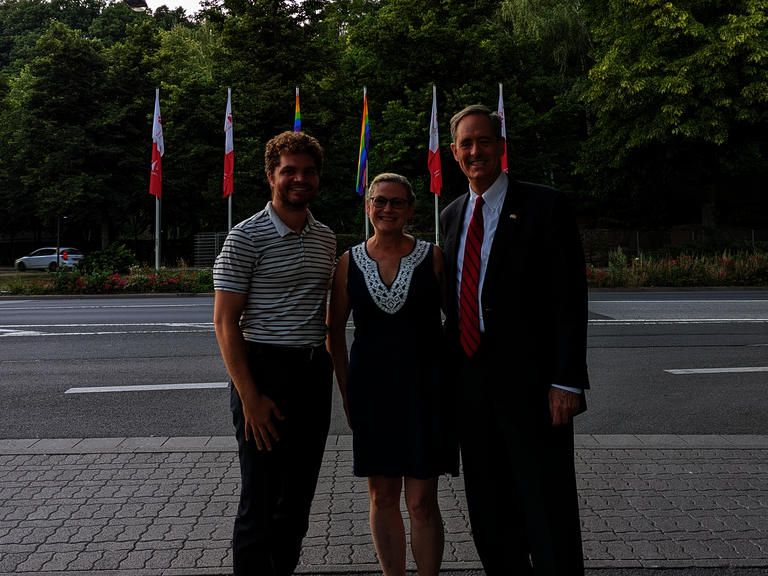 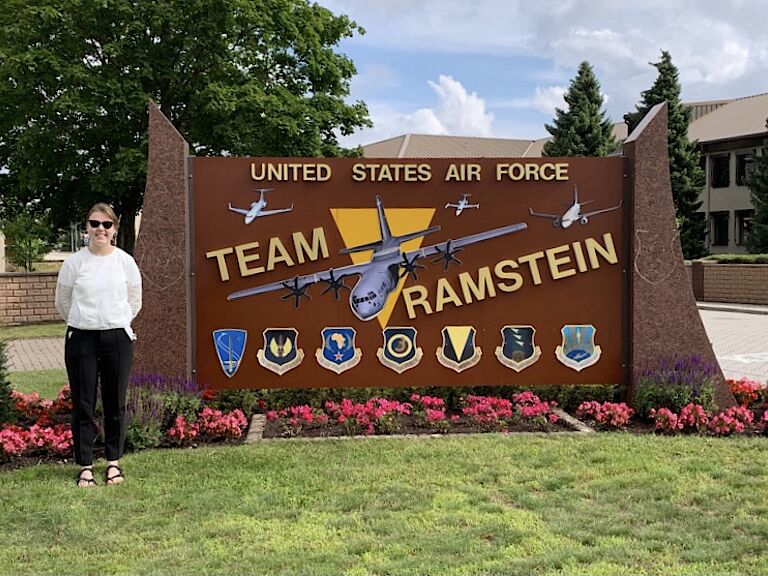 The first intern of the Rheinland-Pfalz Transatlantic Ambassador Internship Program, Margaret, writes about her experience!