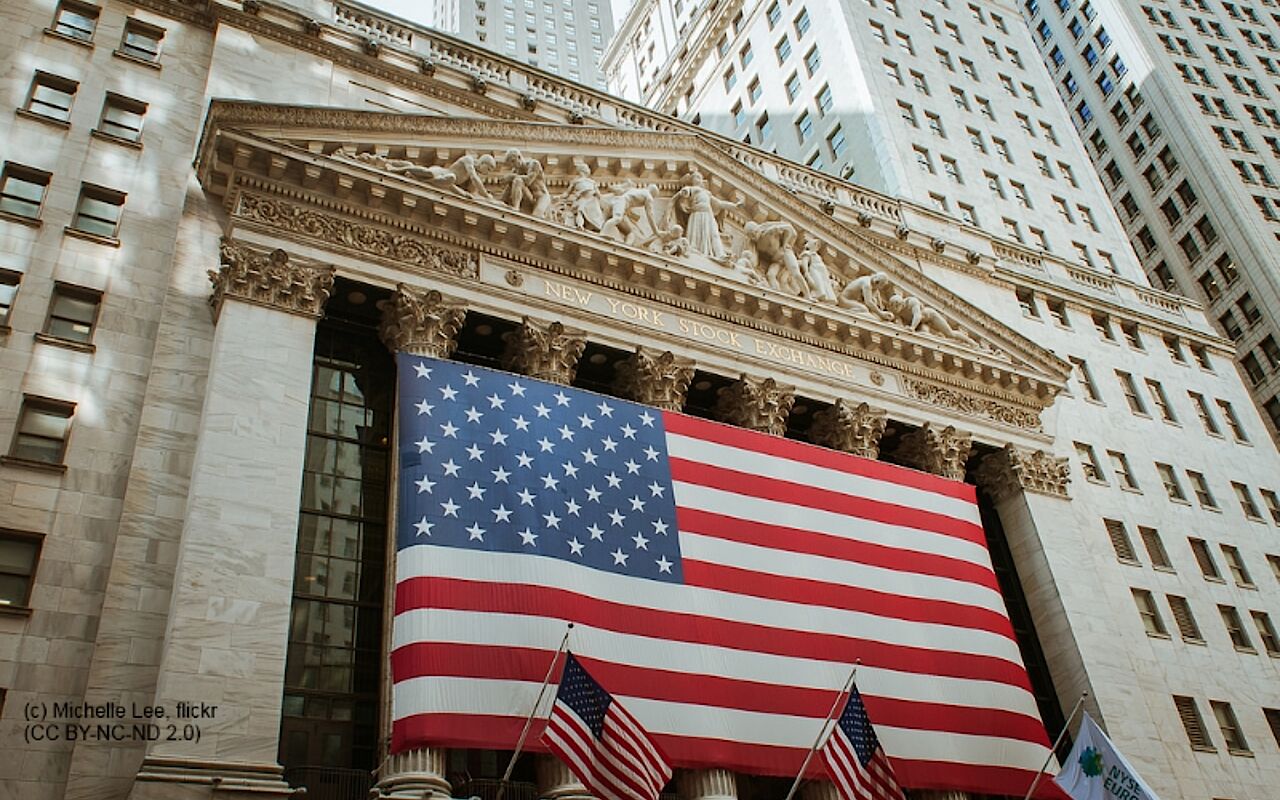 The Atlantic Academy’s Road to the Elections No. 7

On November 8, nearly 200 Million registered voters are called upon to elect the next President of the United States of America, all 435 members of the House of Representatives as well as thirty-four of the one hundred senators. As in 2008, there is no incumbent, which is why both parties, the Democrats and the Republicans, will determine their candidates in primary elections. Thus, maybe fundamental changes but at least new accents in some policy fields should be expected.

With a monthly publication series, the Atlantic Academy will focus on this road to the elections in November. Political and economic scientists analyze policy fields as well as their roles in the (primary) elections and formulate expectations for a new presidency and Congress.

Most federal elections in the history of the U.S. were decided on economic issues – except for times of war, like the elections in 1968 or 2004, which took place in the wake of the War on Terror. Especially in times of economic crises, issues such as GDP growth, government debt, household income, and employment enjoy an overriding importance at the ballot. Thus, it comes as no surprise that also in the upcoming presidential and congressional elections, economic matters will be on top of the issue list, also because the effects of the recent financial crisis can still be felt strongly.

Economic growth in the first quarter of 2016 was at a meager 1.1 percent. Moreover, it has been declining for three quarters in a row. Considering that the U.S. is a country that has experienced growth rates of over 2 percent throughout much of its history, the economic situation is mediocre at best. While the unemployment rate has been brought down from 10 percent at the height of the financial crisis to 5 percent in April 2016, many Americans are not experiencing economic progress. The American mantra that every generation should be better off than the last has become an illusion. The real median household income has been stagnating for almost two decades, which is why the middle and the working class have lost confidence in politics.

It is exactly this dissatisfaction and lacking future prospects – combined with a fear of losing White Anglo-Saxon Protestant America – that plays into the hands of populists like Donald Trump and anti-establishment politicians like Bernie Sanders. While the former is appealing to disillusioned blue collar workers, the latter has found many sympathizers among young, well-educated Americans that have begun to question the political and economic reality. Regarding the tremendous electoral success of Sanders in the Democratic primaries against Hillary Clinton, the breadth and depth of this anxiety among the young becomes evident. Thus, the outsider from Vermont brought Clinton to the brink of defeat. Now, in the upcoming general election, it will be crucial how the former first lady and secretary of state will position herself on economic issues against her Republican opponent.

Trump and Clinton on the Issues

Although Donald Trump in particular has refrained from articulating precise positions or measures regarding economic policy, some fundamental differences between the two candidates can be detected. As one would expect, Trump favors a more neo-liberal approach to economic policy, favoring government absenteeism, especially with regard to fiscal policy, while Clinton takes a more “interventionist” position on many issues.

The differences in position become most evident with regard to tax policy. The real estate tycoon has proposed to reduce the complexity of the tax system by replacing the existing seven tax rates with three. In addition, he seeks to lower tax rates across the board. The top tax rate would be 25 percent, down from almost 40 percent. The two lower rates would be 10 and 20 percent, respectively. Hillary Clinton, on the contrary, attempts to increase governmental tax revenue by putting higher taxes on wealthy Americans. Her plan is to introduce a 4 percent tax surcharge on Americans with an income of over $5 million, effectively leading to a top tax rate of 44 percent. Even for individuals making between $1 million and $5 million a year, a minimum 30 percent income tax would apply. In addition, tax deductions and exemptions for wealthy taxpayers would be cut, while the estate tax would be increased.

No less different are the proposals regarding the minimum wage. While Trump originally argued to keep the minimum wage at the federal level as it is ($7.25 an hour), he has recently shifted his position and now favors to leave the regulation to the states. Clinton in turn has gone so far as to propose a $12 minimum wage at the federal level, and encourages states to even raise it to $15. This can clearly be interpreted as an attack on Trump’s voter base among blue collar voters as well as a shift to the left in order to appeal to Sanders’ voters.

Nevertheless, there are also some similarities between the two opponents. Both are united in their attacks on Wall Street, which will most likely remain verbal in nature. Plans to “reign in” the forces of financial capitalism have remained absent on both sides so far. United they are as well in their opposition to free trade. Clinton has voiced skepticism towards the Transatlantic Trade and Investment Partnership (TTIP) and recently has opposed the Trans-Pacific Partnership (TPP), which she had previously supported as secretary of state. Trump likewise has voiced a more protective approach to trade policy and wants to impose higher tariffs on China in particular. He suggested a 45 percent tariff on Chinese imports, which, according to him, is justified because of supposed Chinese currency manipulations.

With regard to socio-economic issues, the differences between the two candidates are also substantial. While Clinton favors a pathway to citizenship for illegal immigrants, aiming to include them into the labor market, Trump opposes such measure. He in turn proposes to privatize social security, while Clinton wants to maintain the status quo. It is no exaggeration to say that social security will be one of the make or break issues of U.S. economic development in the future.

While economic development has stabilized, though at a fragile level, government debt has not. In January 2016, it stood at 104 percent of GDP. Although economists disagree on when government debt becomes critical, there is no disagreement that a reduction of government debt in the U.S. is not in sight. Things are clearly turning for the worse. One consequence is that more and more money is simply spent on debt service and thus not available for public policy. According to the Congressional Budget Office, debt service amounted to $231 billion in 2014, but will rise to almost $800 billion in 2024. Even worse, the so-called mandatory spending – elements of the budget that must be set aside because of legal provisions (e.g., social security expenditures) – will exceed all governmental revenue by 2035. This implies that the U.S. government will not have a penny left on discretionary spending, such as defense, education or infrastructure. Spending for Medicare and Medicaid alone will rise from 5.4 percent of GDP to 10.4 percent of GDP, eating up tax revenues. Like other Western countries, the U.S. is hit hard by demographic change, and the number of people eligible for Medicare will double to 83 million, or in other words, approximately every fourth American.

Similar to other Western countries, no one has seriously addressed this development yet because of electoral reasons. In order to solve the problem, someone in the electorate has to be hurt. Either senior citizens receive reduced pensions or the working age population has to pay more taxes – or, most likely, both measures are necessary to keep the system running. Trump’s suggestion to privatize social security may be a bold one and a hard one to turn into a political reality; also an undesired one with regard to the many people dependent on governmental support. Nevertheless, it acknowledges – and even if only for populist reasons – the existence of a ticking time bomb with regard to economic development. It remains to be seen if someone is brave enough to disarm it and go to where it hurts regarding political constituencies. So far, no such move is in sight, as Thomas Friedman has appropriately pointed out: “But as long as every solution that is hard is off the table, then our slow national decline will remain on the table.” There is nothing to add to that.

His research and teaching focuses on issues of strategic management – especially the strategic implementation of sustainability and corporate social responsibility -, business ethics, corporate governance, international management as well as the American political and economic system. 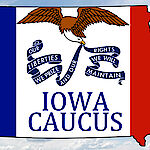 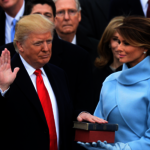 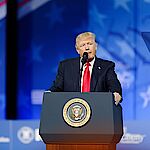