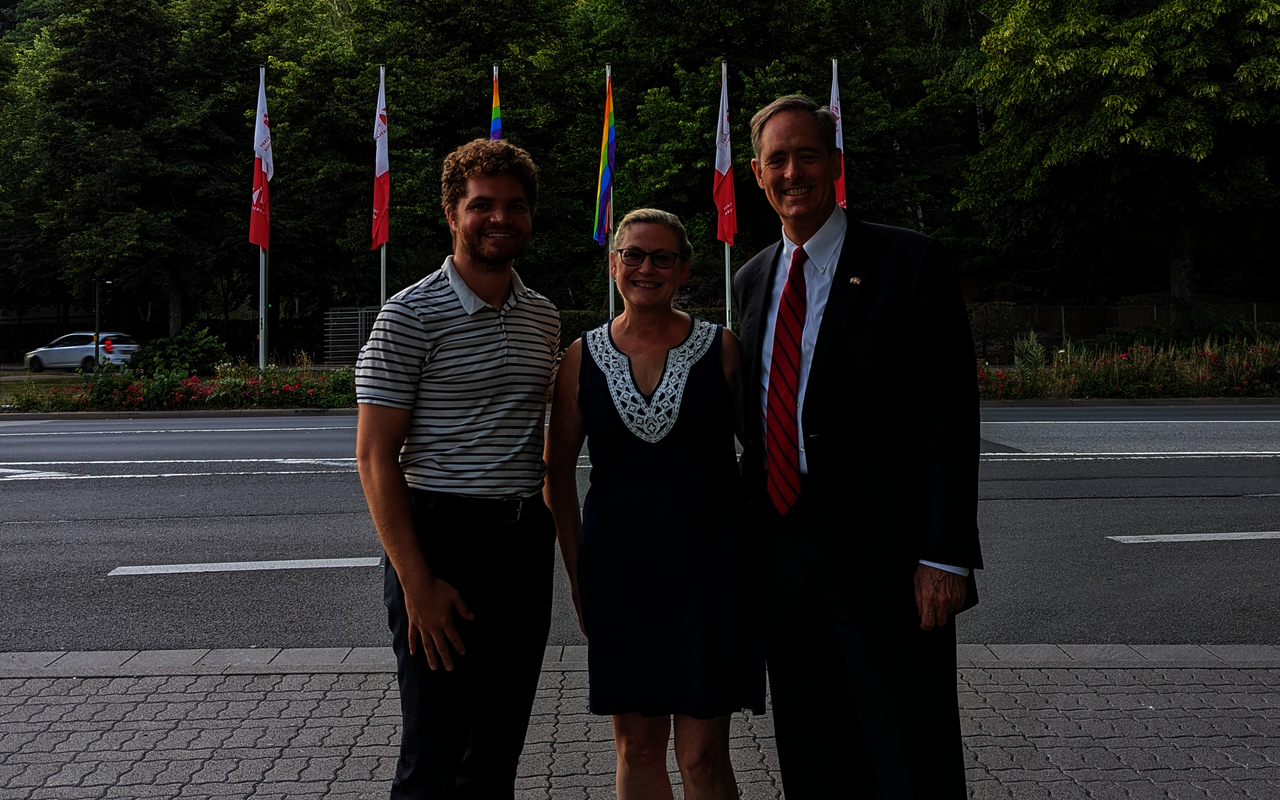 Mason Kane with Consul General Thatcher Scharpf and his wife Donna in Kaiserslautern, 2022. 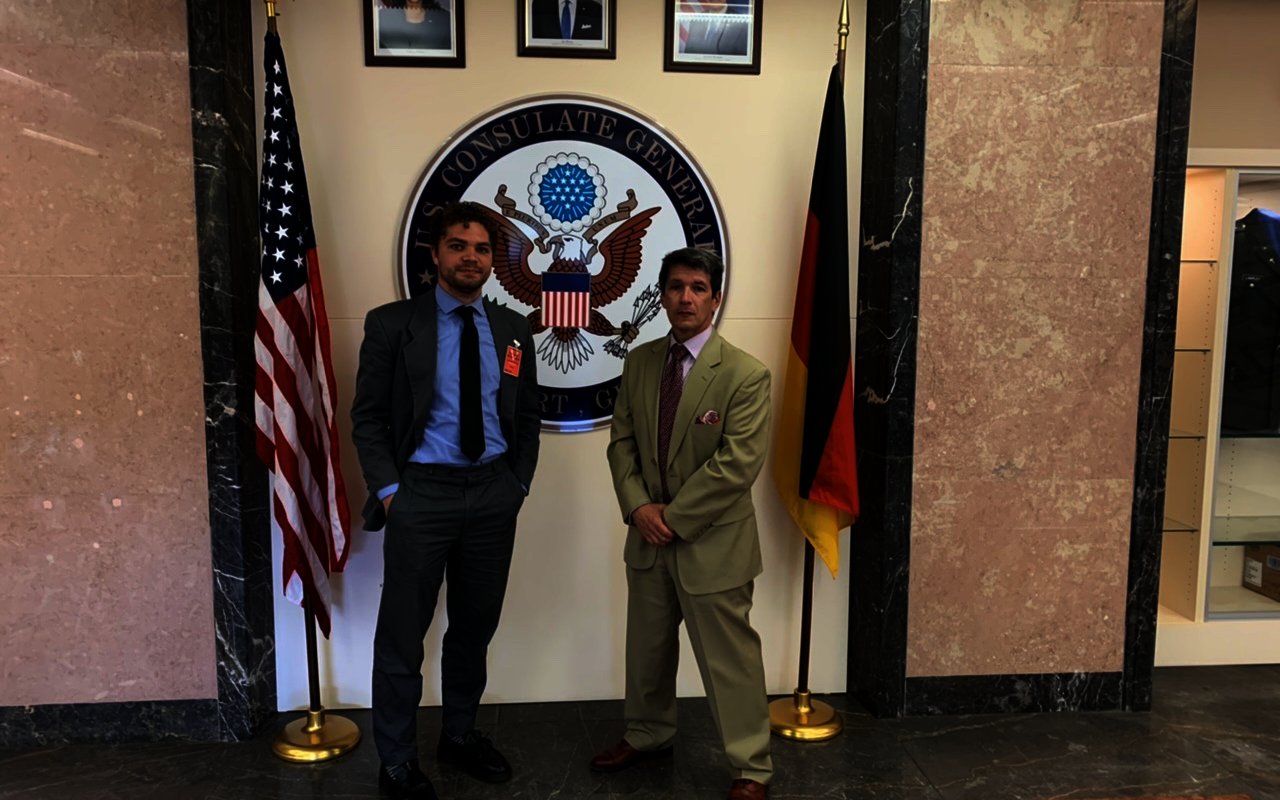 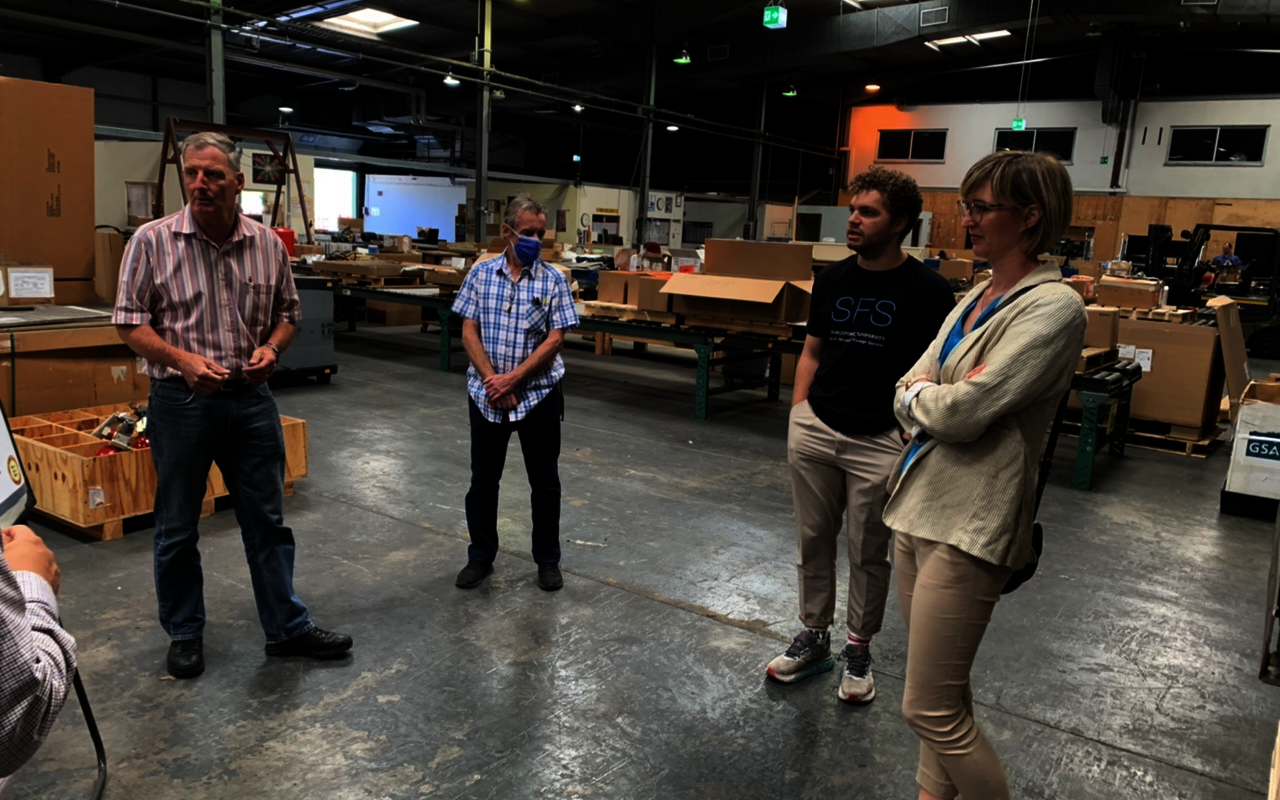 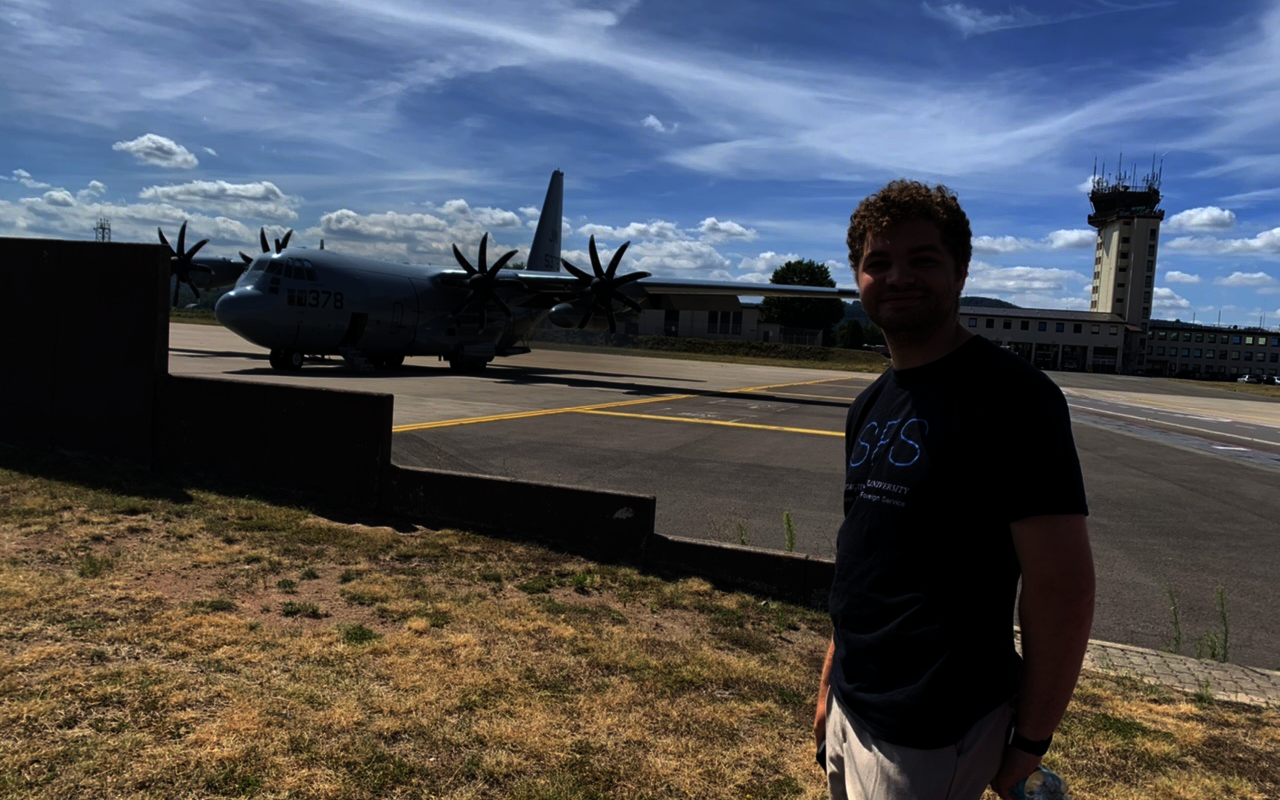 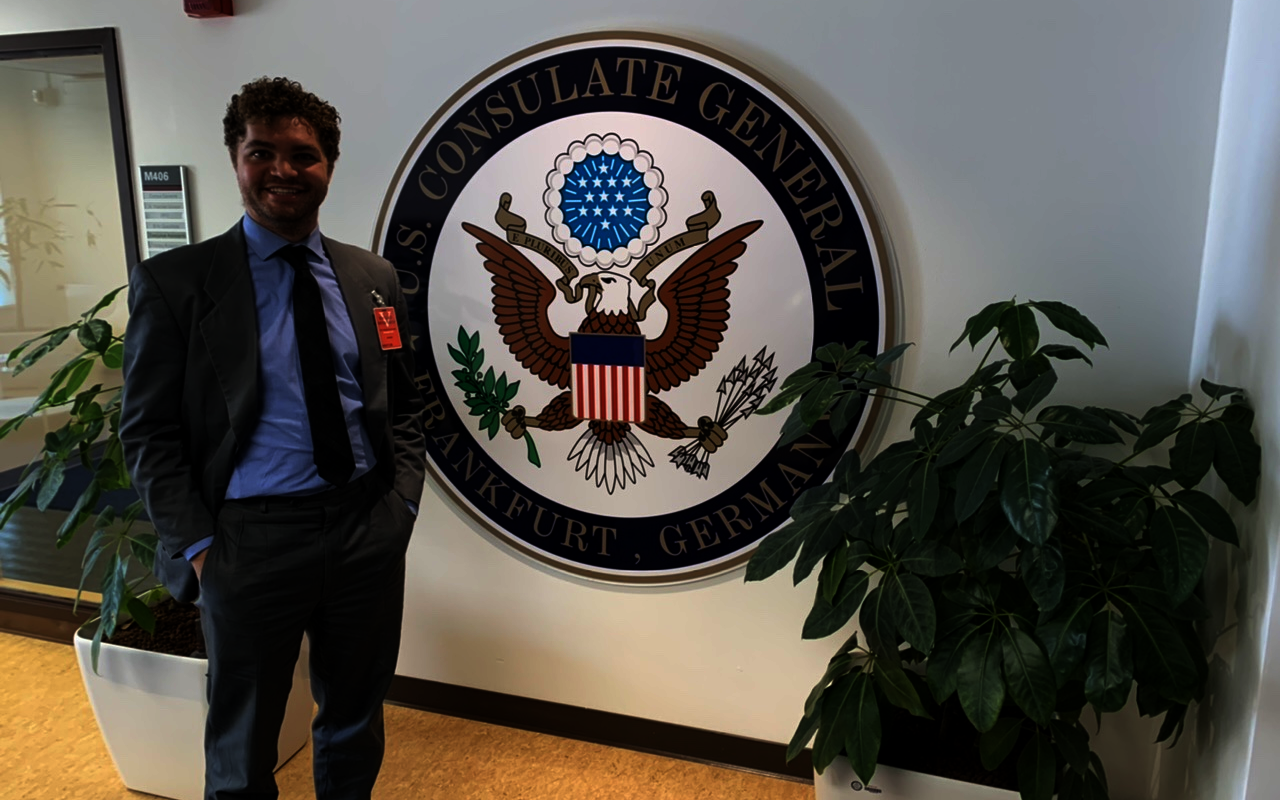 The transatlantic relationship between the European Union and the United States is complicated and multifaceted. Through the umbrella perspective of this niche branch of international relations, the multiple moving parts of this relationship are often overlooked. During my three month long internship, I realized that proactive community participation and on-the-ground efforts are the essential building blocks for promoting this transatlantic partnership. This relationship is best exemplified by the community and collaboration in the Rhineland-Palatinate federal state of Germany.

I am currently enrolled at the Georgetown University School of Foreign Service's BMW Center for German and European Studies in Washington, D.C. We actively learn and train to develop the next generation of transatlantic leadership and cooperation. Through my internship, I had the chance to enhance my understanding of transatlantic relations by interacting and working with the components that construct these international interactions. Moreover, this internship demonstrated how transatlantic relations exist and grow outside the federal government collaboration. Contrary to my initial idea of how US-German relations functioned, local and civil groups have laid the basis for close cooperation on both sides of the Atlantic.

I have participated in the Rheinland-Pfalz Transatlantic Ambassador Internship Program (RPTAIP) for the past three months, living in Mainz and working in the larger region. The success of this internship is due to its three-pronged structure, which stresses local engagement and strengthens the great transatlantic link. RPTAIP unites the State Chancellery's European and International Cooperation division, the U.S. Forces Liaisons Office, and the Atlantic Academy to demonstrate how local government and civic engagement can strengthen transatlantic relations. RPTAIP is a novel concept, and my experience is the first to be fully realized (in person). The three components of this curriculum supplemented each other each month, providing me with a unique viewpoint on how US-German ties operate at the local/diplomatic level.

In retrospect, beginning at the State Chancellery (STK) under Dr. Deniz Alkan was the optimal approach to structuring this three-part internship. First, the STK's Department for European and International Cooperation helped me comprehend the RLP state government's scope and potential for engagement. An example of the commitment is the 75th anniversary celebration of the state of Rheinland-Pfalz, which I participated in as part of the internship. The festival celebrated the statehood of RLP and at the same time presented the diverse multinational communities of the state in which Minister-President Malu Dreyer opened the doors of the State Chancellery to all interested parties. The festival also demonstrated the importance of cross-border participation in the RLP's public affairs and actively encouraged cultural interchange throughout the E.U.

Importantly, I gained direct experience and understanding of where and why U.S. diplomatic endeavors intersect with local state policies. For example, Dr. Amy Gutmann, the recently appointed U.S. ambassador to Germany, paid an official visit to PM Dreyer near the end of my time at the STK. During this diplomatic visit, Gutmann visited the BioNTech headquarters in Mainz and held a student town hall at the local university. Tis was coordinated with the U.S. Consulate General Frankfurt, where greater RLP relationship development is among the highest priorities for the biggest operational U.S. consulate. The diplomatic mission to Mainz by Ambassador Gutmann (and later on by Consul General Thatcher Scharpf), illustrated the Biden Administration's transatlantic policy and mission priorities for Germany: vaccine diplomacy, educational engagement and development, and a local-level knowledge of relations.

The following month, I joined Steven Steiniger and Sascha Dixon at the U.S. Forces Liaisons Office (USFLO) to understand U.S. military interactions inside the host nation. This two-person office in Mainz is responsible for public-relations building and military cooperation in one of the most prominent American regions outside the United States. RLP has approximately 50,000 Americans living in the state due in part to the large U.S. Air Force base Ramstein as well as Army installations; thus being a key player for advancing US-German relations at the community/local level. USFLO is a vital component of the U.S. mission in Germany, which collaborates closely with local government ministries, US/NATO military sites, and U.S. regional consulates. Weekly, the USFLO travelled to the U.S. Consulate in Frankfurt to discuss the development and process of the regional military operations engagement. Multiple agencies (USAID, DOD, etc.) coordinated their operations around the Consulate and the U.S. Mission in Germany during these debriefings, which I had the opportunity to attend. There, I also had the possibility to speak with the diplomatic corps staff about what to expect from a career in foreign service.

The USFLO has shown that diplomatic engagement is quite complicated and that knowing regional military actions affects the level of participation required for relationship building. Mr. Steininger's active support of cooperation and communication with local government officials and ministers for the past two decades is a great example of the importance of consistency for relationship building. In this second month, Mr. Steininger and Mr. Dixon demonstrated the importance of local relationship development for the US-German mission beyond the interaction between Washington, DC, and Berlin; it includes everyone from the military logistic engineers to the regional military commanders to the local city officials.

I spent a large portion of this month at the USFLO participating in base tours and consular meetings. As a result, I was able to visit the U.S. Air Force Base Ramstein and speak with the director of community relations for the Kaiserslautern Military Community (KMC) about relationship building amid a pandemic, changes of administration and command change, Afghanistan withdrawal, refugee processing, and natural disaster aid in the region. These issues often required local municipal cooperation with U.S. military operations and are another example for the two-way street of diplomacy and transatlantic engagement. I was also permitted to attend the Change of Command ceremony for General Cavoli, who was appointed Supreme Allied Leader of Europe (SACEUR), the highest U.S. military commander for NATO operations, at the adjoining U.S. Army Garrison in Wiesbaden.

I spent the final month of my internship with the Atlantic Academy (AA). Throughout my three-month internship, the Atlantic Academy was intertwined with the events and projects of my two previous installations. As evidenced by the zeal and vigor with which this organization works, the Academy has kept bilateral ties interactive and contemporary. The AA is a non-profit focused on civic education and often works with U.S. diplomatic efforts and local government initiatives with a focus on U.S.-German cooperation and understanding. Director Dr. David Sirakov and his team actively promote a closer conection across the Atlantic through uniqe programs. They facilitate the participation of specialists from fields such as politics, political philosophy, diplomacy, and American culture to supplement panels and interactive activities that foster discussion on American politics, culture, and the future of transatlantic relations.

The Atlantic Academy is a non-profit institution that receives funding from both sides of the Atlantic and its membership base. As part of my work for the Academy, I researched and recorded funding opportunities aligned with the Academy's overarching goal of transatlantic intercultural exchange. Because US-German ties are diverse, the Academy team creatively applies the numerous approaches to engaging diplomatically through civic engagement to broaden the organizational approach to relationship building. For instance, a film series, America On Screen, will showcase seven movies featuring different aspects and sections of American culture introduced by subject area specialists, all in collaboration with local theaters. The Atlantic Academy also presented lectures on contemporary transatlantic concerns, such as misinformation recognition, US-EU energy policy, and NATO, oriented towards young adults within RLP.

Before joining the team, I attended virtual and in-person events and seminars on themes such as NATO and right-wing extremism in the United States. During my internship, I then became aware of the amount of planning and effort that goes into these regular gatherings. For example, the Academy held a roundtable discussion with CG Scharpf on U.S. relations with local youth and a lecture/Q&A session on the ideological shift of the U.S. Supreme Court. In conclusion, my perspective on community outreach before this final phase of my internship was restricted in scale compared to this organization's commitment to transatlantic relations and its level of interactivity.

This entire experience, which alternated between these three offices but revolved around the same concept, has significantly altered my view of international relations. This three-part internship enhanced my understanding of how US-German ties are facilitated, as each component complemented the others in policy awareness and local engagement. Previously, I felt that Washington, Berlin, and Brussels controlled the majority of diplomatic policy and bilateral maneuvering from the top down, which may be somewhat correct. However, as I witnessed during my internship, this bottom-up approach to diplomatic engagement has had an equal influence on forming bilateral partnerships while further reinforcing the local and community foundation that advances transatlantic relations. Therefore, this internship focuses on rethinking diplomacy from the local level-up and strengthening your ties, roots, and relationships with the host nation. This strategy establishes a firmer foundation for the future and exemplifies how close transatlantic ties might become. 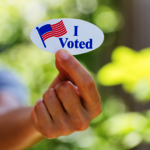 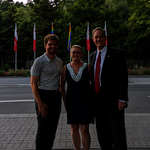 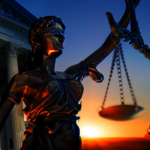 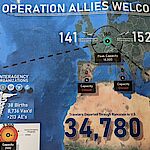